The goal is to fully allocate the fund this year with reservations for buy and build, while developing our existing portfolio in parallel,” Mogwitz said. “We already have an attractive pipeline, but you can sense a lot is about to come to the market.”

The fund has made five platform investments to date, Ziegler added, four or which have a focused buy-and-build approach. “We will build a portfolio of seven to eight platforms. The fund is around 60%-70% allocated and we have made good progress on that over the past year, establishing a good part of the portfolio. This year we will be focusing more on add-ons, with a maximum two to three more platforms.”

Patrimonium Private Equity is part of Switzerland-headquartered private markets investment manager Patrimonium Asset Management, which has around CHF 3.8bn in AUM across its private equity, real estate, private debt and infrastructure. The private equity team focuses on asset light businesses in various industries, including IT, healthcare and logistics as well as suppliers to the real estate sector. The firm can also consider investments in less heavy industrials businesses, including companies providing critical products.

The DACH lower-mid market is typically broad and fragmented, and it is always changing and reacting to external movements,” Mogwitz said. “For example, the global logistics crisis has meant that value chains have had to move. This creates opportunities and we are looking for where these are opening up. Our industry has developed over the last couple of years, but lower mid-market companies remain the backbone of the economy in this region.”

The GP is conscious of emerging trends when sourcing investment opportunities. “We like mature, established markets, although we are looking into changes in the energy sector which will open up new opportunities, such as building the new energy grid and infrastructure, which will see many layers of service providers involved,” Mogwitz added.

Patrimonium has steadily developed its strategy over the past decade, Ziegler said.

“Our focus has changed slightly from  five to 10 years ago, in that we are willing to enter into smaller platforms starting at EUR 15m-20m in revenues, with up to EUR 100m. We have many peers who have moved up, but we have stayed.”

As the market has developed, it has become more common to find advisers involved in deals for lower mid-market companies, according to Mogwitz. “The industry is increasingly professionalised, so even smaller companies are sold via competitive processes more and more often,” he said. “But we approach companies both via selective processes and via our network, which can lead to us being brought into bilateral discussions.”

Patrimonium’s recent deals include Switzerland-headquartered gardening and landscaping business Bächler & Güttinger (B&G), which it acquired alongside EGS Beteiligungen (a subsidiary of the Ernst Göhner Foundation) in January 2022. Later that month, the GP announced its acquisition of a majority stake in Germany-headquartered IT business Netzlink, investing alongside Wille Finance.

The size of add-ons that the GP will consider for its platform companies varies, but it can make larger deals where appropriate, Ziegler said. “We’re not afraid to make add-ons that are larger than our platform, involving LPs and/or strategic co-investors while keeping the lead in the investment.”

B&G generates CHF 40m in revenues and is expected to benefit from synergies with Patrimonium’s real estate platform in Switzerland, according to Mogwitz and Ziegler.

The GP had monitored the gardening and landscaping market for three years prior to the deal and had involved an M&A adviser to explore the market, Mogwitz said, and the acquisition came about via a pre-existing relationship with the company’s owner.

“We are already looking to have discussions for domestic add-ons to turn the company from a regional to a national champion,” Mogwitz said.

Netzlink has EUR 22m in revenues and employs 80 staff, Mogwitz said. Its founding management team retained a significant minority stake in the company as part of the buyout. “The founders have steadily developed it to its current size and built up a partner network called Grouplink, but they knew that they were at a stage where they needed to consolidate this,” Mogwitz said. Patrimonium was approached as part of the

sale process for the company due to its experience with buy-and-build and the integration of add-ons, he added.

“Netzlink focuses on designing and optimizing IT infrastructure in terms of security,

scalability and performance for manufacturing and automotive companies, as well as government agencies, Mogwitz added. Given that each client group has different requirements from their IT service providers, the capacity and skill set required are easier to fulfil as part of a larger company, “Mogwitz said of the rationale behind potential add-ons for Netzlink.

Add-ons are likely to be smaller in size than Netzlink itself, Mogwitz added. Patrimonium is increasingly working with advisers and will work with a specialized IT adviser for Netzlink’s add-on strategy, he said.

Switzerland-headquartered fire protection, insulation and coatings business Roth Gruppe is also planning to make add-ons, Ziegler said. The GP announced in October 2020 that it was to acquire the company in an SBO from Equistone. “A year in, after making sure the previous add-ons were properly integrated, we were ready to buy and build,” Ziegler said. The company acquired Swiss market peer Lambda in January 2022. “There are still plenty of small, medium and large players in the market – it has to make sense in terms of industry and organization, but we could look at medium to large targets, as long as this contributes to having an efficient and well-organised group to manage larger projects.”

Patrimonium aims to make two to three hires in 2022 to expand its team, according to Mogwitz and Ziegler. Mogwitz joined the firm in 2021 and has prior experience with  firms including Ufenau Capital Partners and Prorsum. Ziegler has been with Patrimonium Private Equity since 2017, following the  firm’s acquisition of Zurmont Madison’s investment team.

In addition to team growth, Patrimonium is focusing on the development and incorporation of its ESG strategy. “As a responsible investor, the increasing importance of ESG has not changed how we approach the market, but it has changed how we document it,” Mogwitz said. “In our decision-making processes, we have more aspects that we check – so you might look closer into the employee base, the role of the company in the economy, and the CO2 footprint. LPs see this as highly important. Many LPs provide money specifically for impact investments– that is not our strategy at this time, but ESG is more and more important in decision-making.” “Patrimonium Asset Management’s central ESG function supports us and I am responsible for ESG in the private equity team,” Ziegler said. “We are a PRI signatory and report under this framework, and we have introduced a sustainability rating tool for private equity and private debt investments, based on the EU Taxonomy framework, as well as others. We look at key areas before an investment and then perform annual reviews for each investment.”

The firm’s ratings concept was developed independently, Ziegler added, with input from the UN Global Compact initiative (GC) and other frameworks.

Patrimonium has been a member of the GC initiative since 2021, which requires it to report on the progress made with regard to the initiative’s ten principles on an annual basis. “In the longer term, we strive to become Article 8 compliant under the new SFDR directive,” Ziegler added. 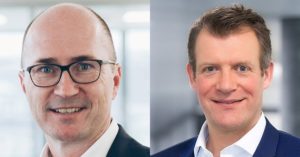